Doctors from General University Hospital in Prague saved the life of a 36-year-old woman and mother of a two-year-old child who urgently needed a lung transplant. She survived an incredible 143 days without a full working lung ­­— due to the support of a device called iLA Membrane Ventilator.

The iLA Membrane Ventilator is an extracorporeal ventilation system which is used primarily to remove CO2 from the patient. The system “breathes” outside of the body and carries out some gas exchange work of the native lung because the heart pumps blood through it as it does through the natural organ.

This therapy has now enabled a 36-year-old woman with severe pulmonary hypertension to survive an incredible 143 days to a lung transplant. A team of doctors from the General University Hospital in Prague used this unique form of lung support with the iLA Membrane Ventilator. The procedure involves the creation of a bypass between the main pulmonary artery, which carries blood from the heart to the lungs, and the left atrium, where oxygenated blood normally flows.

The mother of a two-year-old child was admitted without much chance of survival in December 2019. She suffered from a severe history of pulmonary hypertension, which had such a negative effect on her lung function that her blood was no longer able to flow through the lungs and be enriched with oxygen. Her only chance seemed to be a lung transplant, for which one usually has to wait between three and four months. The iLA Membrane Ventilator was successfully implanted with the support of the University Hospital Regensburg (specialists in extracorporeal heart and lung support). The therapy improved the function of the right ventricle and the entire organism. After a few days of treatment, she could move around in the hospital and improved her nutrition, which significantly enhanced her general condition for the coming transplantation.

Ten possible donors were tested for blood group and lung size, before one donor met the necessary conditions for transplantation. The operation was carried out successfully in the middle of June this year. Since then, the patient is recovering in the hospital.

e-ISICEM 2020 is an all virtual meeting organized by the Departments of Intensive Care and Emergency Medicine of Erasme Hospital (Université Libre de Bruxelles), Brussels, Belgium, running from September 15-18, 2020. The entire program includes around 400 presentations, with essentially the same format as our physical ISICEM, ie, including standard ...

The 30th anniversary of the ERS Congress will be an innovative and interactive virtual event. It will take place on 7–9 September, 2020. The annual Congress is a showcase of excellence across the entire field of respiratory medicine. ERS is committed to supporting the respiratory community to connect and share the latest ... 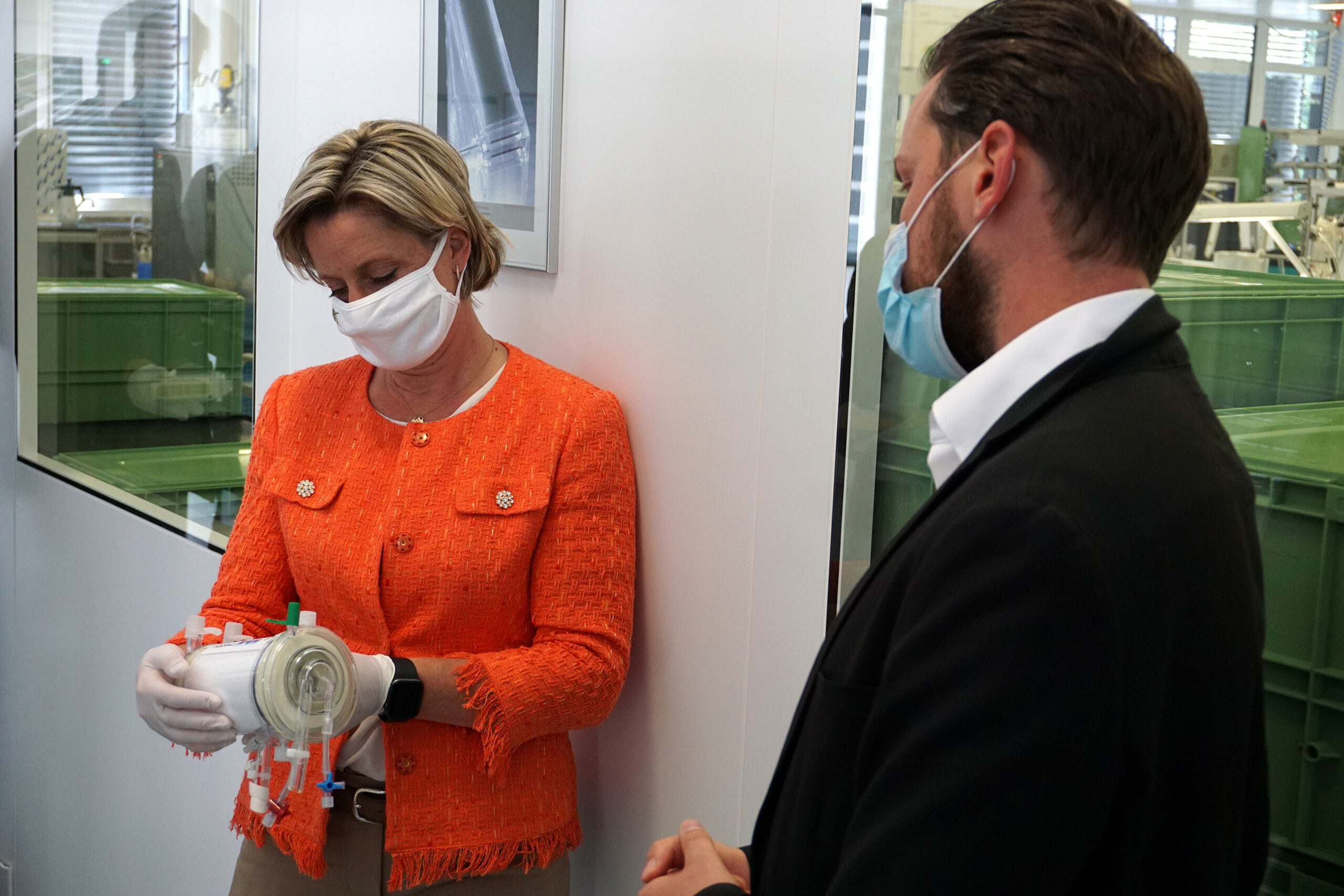 The Minister Dr. Nicole Hoffmeister-Kraut, Minister of Economic Affairs of Baden-Württemberg, visited Xenios AG on Thursday. During her visit to the city of Heilbronn, Dr. Hoffmeister-Kraut wanted to get a personal impression of how the medical technology manufacturer is getting through the corona crisis. Other guests included various state and ...

Do you want to stay up to date on all latest developments around Xenios, on our therapies and updates on Xenios Campus? Then follow us on LinkedIn and subscribe to our YouTube Channel!